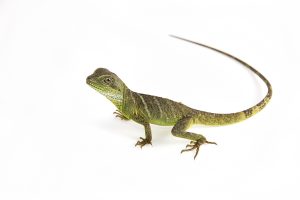 Which Pets Are Considered Reptiles?

Reptiles are cold-blooded animals and are identified by their hard scales and their ability to lay eggs. The main categories of reptiles are kept as pets are snakes, lizards and turtles.

Which Pets Are Considered Amphibians?

Amphibians are cold-blooded animals. Amphibians live the first part of their lives in water and the second part on land. When amphibians hatch from their eggs, they have gills that help them breath underwater. Such animals slowly grow their legs and arms. The word amphibian itself means ‘two-lives’. Some examples of amphibians pets include frogs, salamanders and caecilians.

What Does It Mean To Be Cold-Blooded?

Cold-blooded means that the animal’s body does not automatically regulate their body temperature like a mammal’s body would. Such animals have to get warm or cool down using their surroundings. This is called ectothermy. Cold-blooded animals, unlike mammals, do not lose energy trying to heat themselves up.

Temperatures across the planet have been rising above 50 C°. This is not only a problem for humans but amphibians and reptiles, as well, who are finding it hard trying to regulate their temperature. A reptile can only survive at a temperature of 0 C° to 40 C°.

If you keep certain amphibians as exotic pets, keep in mind that warmer waters hold less oxygen which causes difficulty for the salamander larvae to breath. This can even cause them to suffocate or weaken their immune system.

Snakes are much more prone to drying out in the summer and always need an alternative to make themselves moist while lizards favour hot and dry temperatures. But even too hot temperatures can get the best of them. Because of higher and rising temperatures, it is estimated that such exotic pets and animals alike will exceed the limits of their abilities to adapt to climate change with higher metabolic rates. These effects will be irreversible.